With the development of broadcast & television technology and the improvement of audience's requirements for program content and picture quality, more accurate and stable camera robots emerge as the times require, and are widely used in studios in some countries. 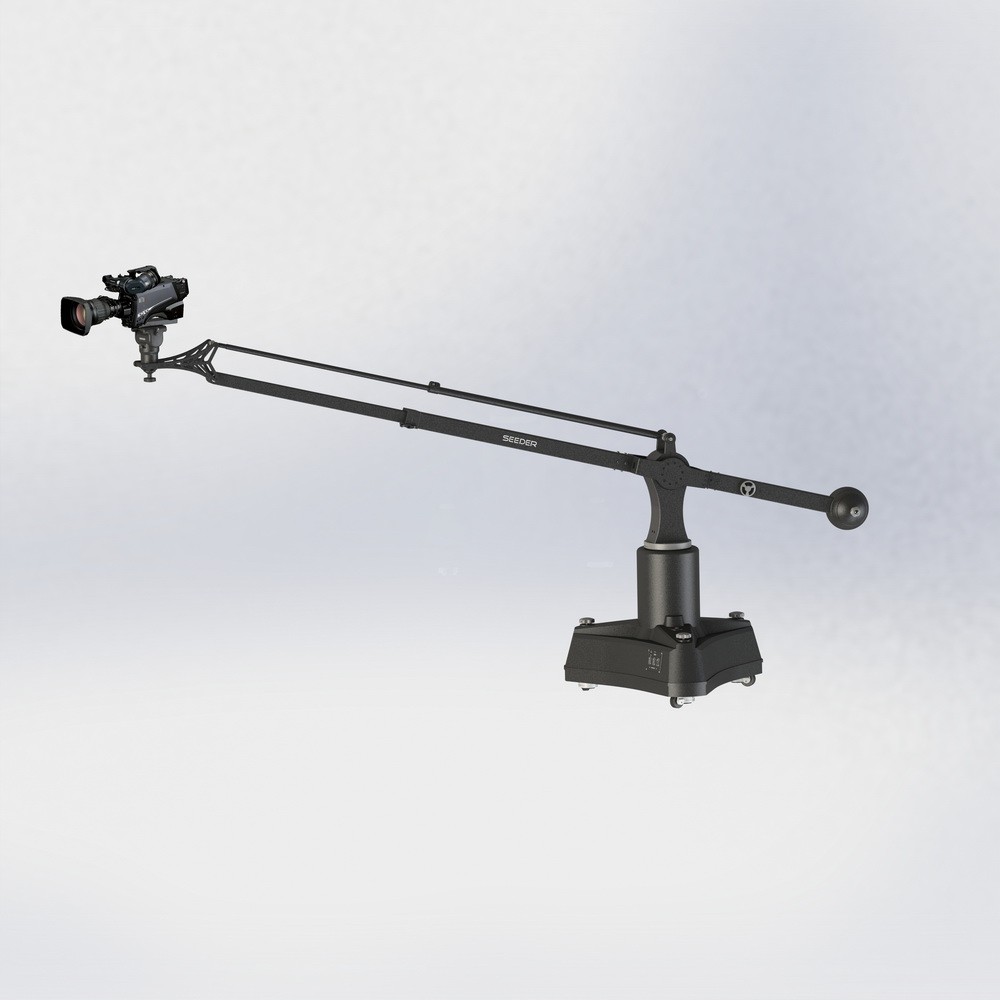 The Robotic Crane RB30CR2 developed by SEEDER is specially designed for the needs of automatic and intelligent program production and can be used in AR or VR shooting of various studios and events, including studio news, interviews, variety shows, entertainment and other TV programs.

1. It can replace the crane operators, thus to save manpower as well as reduce the error rate of manual shooting.

2. The robot's anti-shake technology ensures every start and stop picture can be used normally.

3. Through the AI artificial intelligence method, the motion track of up to 7 motion nodes can be automatically generated according to the motion time and motion nodes, and the continuous multi-point smooth curve motion can be realized to ensure the shooting of complex motion videos.

6. There is a standard TCP / IP network communication protocol, which can be controlled by third-party equipment or system and can realize automatic operation. Vizrt Mosart, Ross Overdrive, Grassvalley and other studio control systems are supported at present. 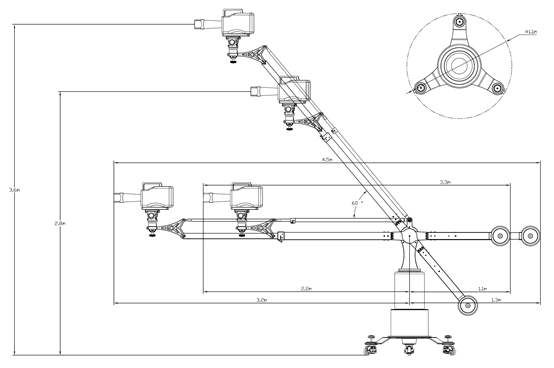 The length of the rocker is 2.6m-4.2m, which can be flexibly adjusted according to the actual use environment. The maximum operating noise of the system is less than 20dB, which can meet the needs of professional studio. In addition, the payload of the pan&tilt head is 30KG, which is suitable for mainstream brand cameras in the broadcast industry, such as Sony and Panasonic. It supports Canon and Fuji full servo lens, which can control zoom, focus and aperture motion of lens.

As a leading manufacturer with three independent R&D centers and professional production bases in China, SEEDER has provided camera support equipment for provincial and municipal TV stations in the last two decades in China, SEEDER robotics and tripods performs very well in the studios including the news studio report of National People's Congress and Chinese People's Political Consultative Conference(NPC and CPPCC) of Zhejiang satellite TV. 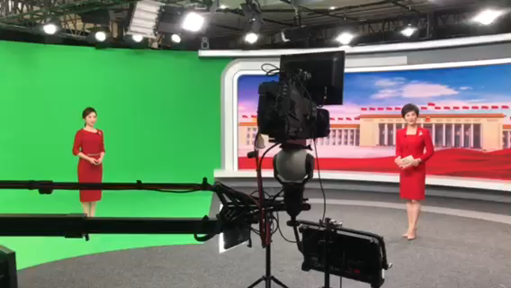 Recognition and competitiveness is shown through a number of technological patents, awards, CE certificate, etc we have achieved. We hope to better serve global customers with more excellent performance and advanced technology. We also welcome overseas agents/distributors to join SEEDER, and a series of support from SEEDER will better help agents/distributors expand their business.